A Milestone In My Mission, Instability In The Province Of Cabo Delgado, Mozambique 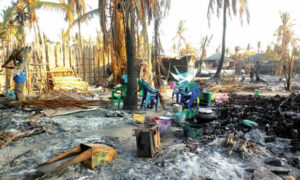 We Sisters Teresa Balela Tshituka, Isabel da Costa Xavier and Elizabeth Arockiasamy, Franciscan Missionaries of Mary (FMM), share with you here the moments we live through in our mission in Montepuez, Cabo Delgado-Mozambique.

Since October 5, 2017, the northern part of the province has suffered constant armed attacks by terrorist insurgents who vandalize villages and towns, burning down houses and other private property, killing people and prompting the exodus of the population who must abandon their region at risk and seek peaceful regions. Many families have fled to neighboring towns and provinces in search of safety, to save their lives. Insurgents are massively destroying even government infrastructure.

It is important to underline the concern and destabilization of the populations of the region who, in our time, continue to live the exodus without being able to reach the land of promise. The situation is very sad, alarming and agonizing.

The situation has become much worse this year when the whole world is enjoined to observe the exigencies of the Covid-19 pandemic and that it is strictly necessary to follow the health guidelines of the government and of WHO; unfortunately however, due to the state of war, people are prevented from following the strict guidelines to avoid the pandemic, it is difficult if not impossible. This is why the largest number of people infected with coronavirus arrive from this region and the spread of the virus is developing in other regions.

But other people are still in the danger zone, for lack of a place to go, or to take refuge, and they still live full of fear, spending the night in the bushes, because the insurgents’ strategy is to attack the same town or village several times.

What is absurd is that the face of the leader of the armed group that attacks is unknown even to the government itself. It is not yet known who is behind these actions. Many believe that they are the group of the “Islamic state”, but the people of the Muslim faith in Mozambique do not recognize them. 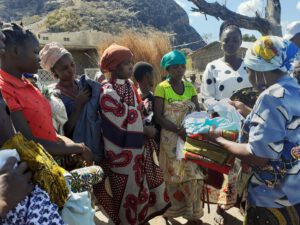 It is a hard and difficult experience for the people of the region. At the moment, many families have taken refuge here in our mission in Montepuez, they are hungry and in need of everything. We are very grateful for the gesture made by our Institute of the Franciscan Missionaries of Mary, for the initiative of the Superior General and her Council and also at the Provincial level who have helped and continue to help this suffering people, supporting some families who are in extreme need. Certainly, the needs are so great that they are even beyond our imagination. Our means are limited, but we trust in Divine Providence.

Many people who emigrated abandoned and lost their homes; many went to Pemba, Montepuez and other neighboring towns and provinces in the country. In our Franciscan mission, we are not indifferent, we assist and accompany the most needy, the financial aid we receive is used for this purpose.

In this situation, many young people lost their lives for refusing to join the insurgent terrorist group. Some are forced to take up arms and integrate against their freedom.

In recent days the insurgents have attacked the Navy military and many people have been killed. 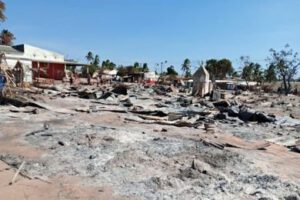 With all this, the government never intended to comment on the situation that the population is going through since 2017; thanks to the voice of the local bishop, Dom Luiz Fernando Lisboa, CP, who has attracted the attention of many entities, today it is a case of study and research.

We share all this so that we may raise our supplications to the Lord of Mercy to have compassion for his suffering people.

EXPRESSIONS OF GRATITUDE  FOR THE SUPPORT TO REFUGEES

We Franciscan Missionaries of Maria de Montepuez are very grateful for the significant financial assistance we have received for so many needy and vulnerable persons, victims of the armed attacks in the districts of : Macomia, Quissanga, Muidumbe, Mocimboa da Praia, Nangade of the northern region of Cabo Delgado Province, Mozambique.

We hope that one day this situation will come to an end and that peace will return. The government is working to achieve this. We continue to ask for the intercession of the Virgin Mary, mother of the afflicted, and of our foundress Blessed Mary of the Passion. We ask for your prayers because the situation is complicated, here in the Montepuez neighborhood, there are currently more than 35,000 displaced persons.

Thank you very much for your spiritual support.

Feast day of St. Francis in Via Giusti The gift of God 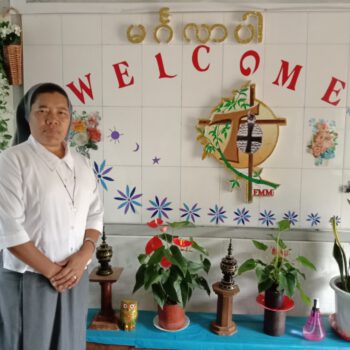